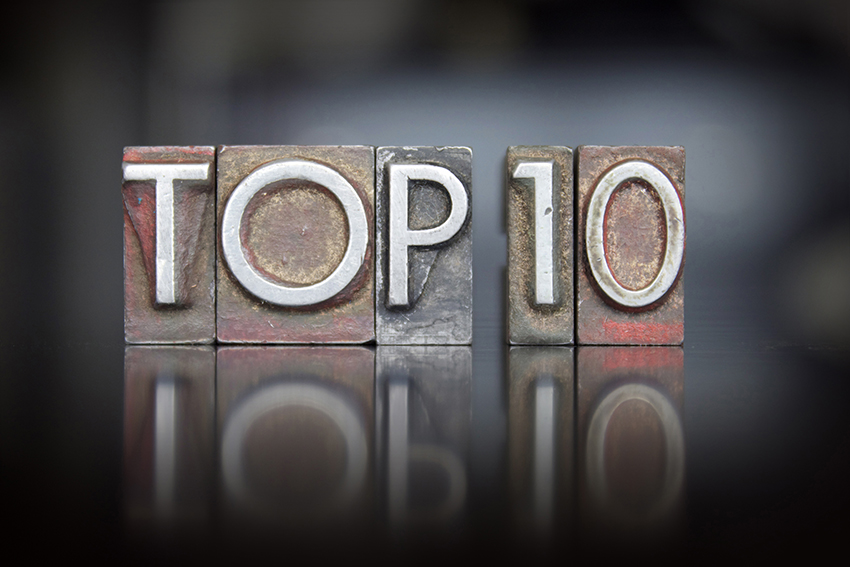 Okay, we’ve given you “The Top 15 Moments in Top Echelon in 2015,” but that’s just the beginning. That’s because we have another list for you: the Top 10 Milestones in Top Echelon during the recently completed year.

We enjoy promoting the milestones and achievements of our Network recruiters because we enjoy watching them succeed. We want them to succeed. (It’s part of our mission statement, for crying out loud.) Not only that, but we’ve met this people in person. They’re real, genuine individuals and consummate professionals. They deserve all of the accolates they receive.

If there was anybody nipping at the heels of Trey Cameron in the Network throughout all of 2015, it was Steve Kohn of Affinity Executive Search. Steve was the #2 recruiter in the Network last year, he made his 100th TE placement in 2014, and he then added $1 Million Producer status to his long list of accomplishments last year. If anybody can knock Trey off the top of the mountain, it’s Steve.

Jerry Walter of Walter & Associates became a Top Echelon Network recruiter in June of 1991, three years after Top Echelon was founded. Since that time, he’s made 182 placements through the Network, which puts him among the all-time leaders. Jerry seized upon the value that Top Echelon provided right away, attending our conventions, meeting trading partners face-to-face, and making placements left and right.

It almost seems as though Maria Hemminger of MJ Recruiters, LLC hasn’t been in the Network long enough to make 100 placements. However, Maria will be the first one to tell you that her placement numbers are a team effort, starting with her partner at MJ Recruiters, Joanna Spaun. Together, they are an iron-clad, fun-loving, dynamic duo of placement activity and excitement generation. Just wind them up and watch them go!

Click here to read “MJ Recruiters: Recruiting Firm of the Week in TE!”

Trey Cameron of the Cameron Craig Group has been a placement machine in Top Echelon Network during the past few years. As a result, he reached the 300-placement plateau shortly after 2015 began. And don’t look now, but he’s closing in on 400 Network placements. That, friends and neighbors, might be a Top Echelon record that is never broken. I mean, after he breaks it and makes 500 placements. (You know what I meant.)

I don’t know which milestone is more impressive: Trey making 300 (or 400 or 5000 placements) or this one. Joe Cotter of J.D. Cotter Search, Inc. became a recruiter in 1970. That’s right, the man has been in the industry for the past 45 years. Joe Cotter is an even-tempered, good-natured man of integrity, consistency, and professionalism. You can’t say enough good things about him, and we’re certainly glad that he is part of Top Echelon Network.

Top Echelon Network was founded as Nationwide Interchange Service in March of 1988. During that same year, Lou Michaels of Lou Michaels Associates and Steve Brody of Executive Resource Systems both joined NIS as Charter Members. Now, 27 years later, Lou and Steve are still Network members. Steve became a member on March 8 of that year, while Lou did the same on October 10. And while Joe Cotter’s 45 years in recruiting is impressive, Lou started in the profession in 1969.

During the 27 years that Top Echelon has been in operations, we have never had a husband-wife duo in The Top 10. That all changed this past year, though, when Steve Copeland and Pam Copeland of Albert Energy, LLC/fulltimeGiGs became the first. As a bonus, their achievement made both this list and our list of “Top 15 Moments in Top Echelon in 2015.” As a bonus-bonus, they attended just about every single networking event we held in 2015 and were tons of fun.

When you talk about “model Network recruiters,” you can certainly put Sean Napoles, CPC of Career Brokers, Inc. in that category. No recruiter has been as unerringly consistent as Sean has been during his 15 years as a member of Top Echelon Network. One of the best pure exporters that the Network has ever seen, Sean’s commitment to quality, combined with his otherworldly work ethic, has helped propel him to the top of the TE charts each and every year. Sean is a first-ballot Top Echelon Hall of Fame enshrinee.

Click here to read “Sean Napoles is Now a $2 Million Producer in TE!”

Top Echelon Network is all about making split placements, and while all of the accomplishments listed above are very impressive, most of them do not pertain directly to a trading partner relationship. Donna Carroll, CPC of Systems Personnel and Gary Silver of The Shay Group have made more split placements together than any other recruiters in the history of Top Echelon. Like Trey Cameron, they may set the record so high that it will never be broken.

Click here to read “The Most Successful Relationship in TE History.”