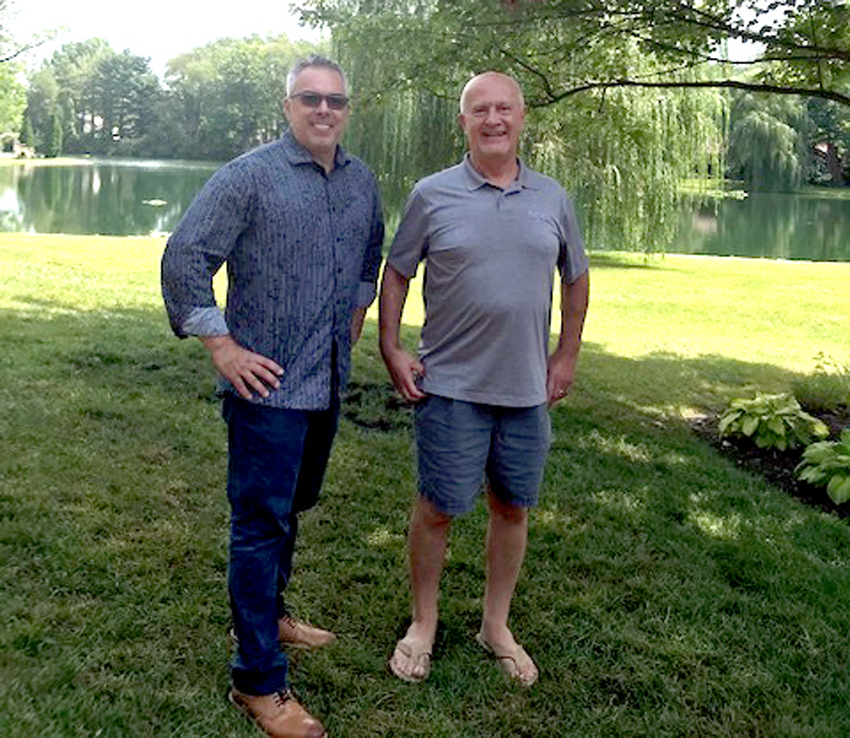 That’s because Nick Stoia of ASAP Search recently visited the Top Echelon headquarters in Canton, Ohio! And to prove that he isn’t superstitious in the least, he visited TE on Friday, August 13.

(Nick is pictured at right above, along with Top Echelon Director of Network Operations Drea Codispoti.)

Nick has been extremely successful as a member of Top Echelon’s recruiting network. In fact, since becoming a member in April of 1999, Nick has made a total of 97 split placements in Top Echelon, meaning that he’s closing in on the hallowed mark of 100 splits. In addition, those Network splits have brought him a cash-in total of just over $700K.

Nick, who started in the recruiting profession in 1979, is a prime example of how successful you can be by using Top Echelon’s tools, software, and services.

If you’d like more information about how you can experience more success as a Network members, contact Drea by calling  330.455.1433, x156 or by sending an email to drea@topechelon.com.

And of course, we encourage you to also make the trip to the Hall of Fame City and pay us a visit in person!