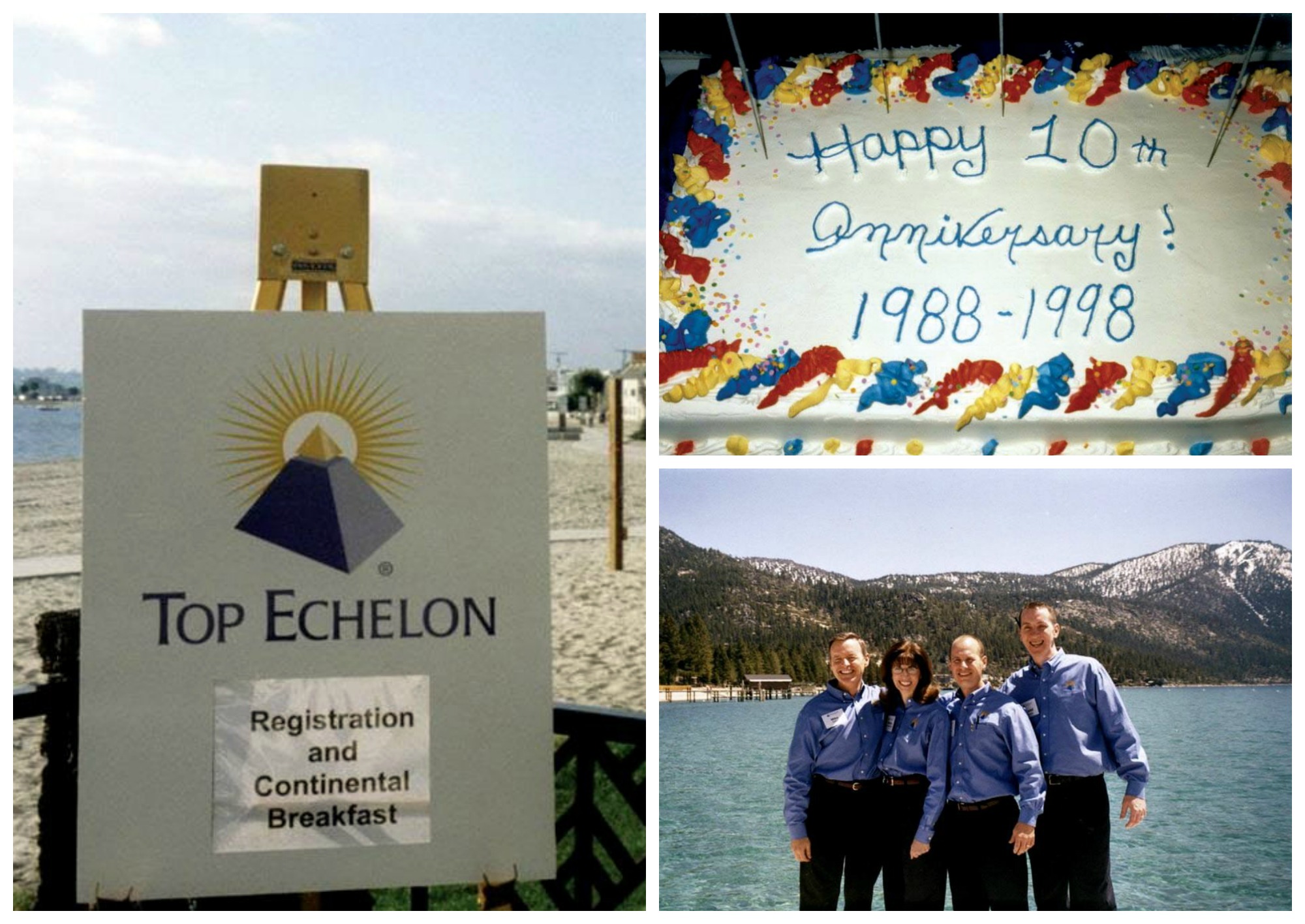 My, how time flies!

Seems like it was only yesterday that Top Echelon President Mark Demaree wrote a blog post titled, “27 Little-Known Facts About Top Echelon on Its 27th Anniversary.”

It wasn’t only yesterday. It was only last year.

So—that makes today the 28th anniversary of Top Echelon Network! That’s right: March 8 is the date recognized as the first day of the Network’s existence.

It stayed NIS for 10 years, until March 8, 1988. On that date, Top Echelon founder Mike Kappel changed the name to Top Echelon Network . . . and it has been that way ever since.

On that fateful day 28 years ago, Mike sent out the first issue of The Pinnacle newsletter (hardcopy, of course, sent through “snail mail”) to 20 Charter Member firms. The only firm still a member of the Network today is Executive Resource Systems, run by Steve Brody.

Lou Michaels of Lou Michaels Associates joined Nationwide Interchange Service in October of 1988. That still makes Lou a Charter Member, even though he wasn’t with NIS from the very beginning.

But it doesn’t matter if they’re current or past members—they’ve all contributed to the history of Top Echelon Network.

In fact, you’re contributing to that history right now. So we want to thank you, too, for your allegiance to the Network, your commitment to your trading partners, and your belief in the Top Echelon way.

(Even though, you know, some of us won’t be here in 28 years. But that’s no reason not to celebrate.)