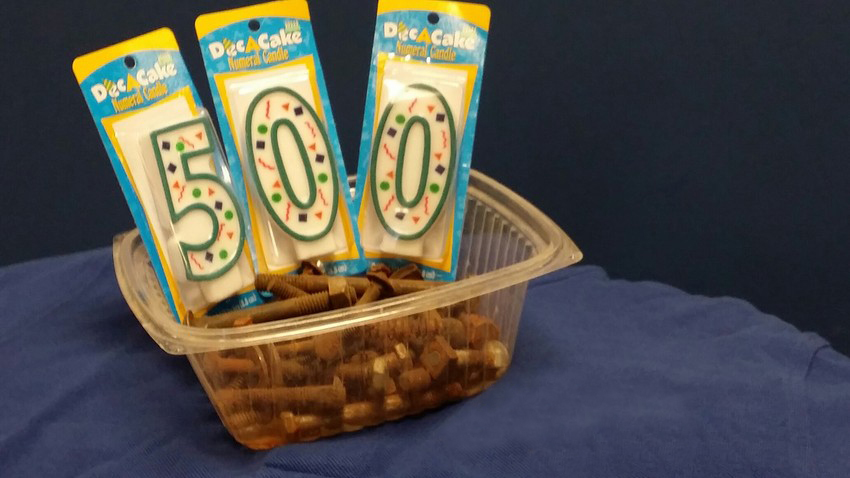 And he did! I’m psychic!

Actually, you can hold off on calling me Nostradamus. Saying Trey Cameron would reach 500 placements before the end of the year wasn’t exactly a bold prediction. Regardless, the prediction DID come true.

Here are a couple of other things to keep in mind:

Yes, Trey lost the Recruiter of the Month Award to Steve Kohn of Affinity Executive Search. However, it appears as though he has plenty of placements with which to console himself . . . now and in the future.

Congratulations, Trey! (We look forward to another 500.)

“Thanks, Trey, for an AWESOME candidate! Our client is thrilled!”

Submitted by Pat McCombs, CPC of KB Search Team, LLC regarding her Network split placement with Trey Cameron of the Cameron Craig Group

(Editor’s note: This is the seventh Network split placement that McCombs and Cameron have made together in Top Echelon.)

“Thank you, Trey. Good to get one done with you. I’m sure you were worried, since it has probably been eight hours since you made a placement! Hopefully, this is the first of many.”

(Editor’s note: This is the first Network split placement that Stern and Cameron have made together in Top Echelon.)

“Thank you, Trey, for working with Tim and our agency! You are the best! We love working with you and your team. All my best!”

(Editor’s note: This is the first Network split placement that Stephens International and Cameron have made together in Top Echelon.)

If YOU are looking to make more placements with your Top Echelon Network membership, contact Director of Network Operations Drea Codispoti, CPC/CERS.