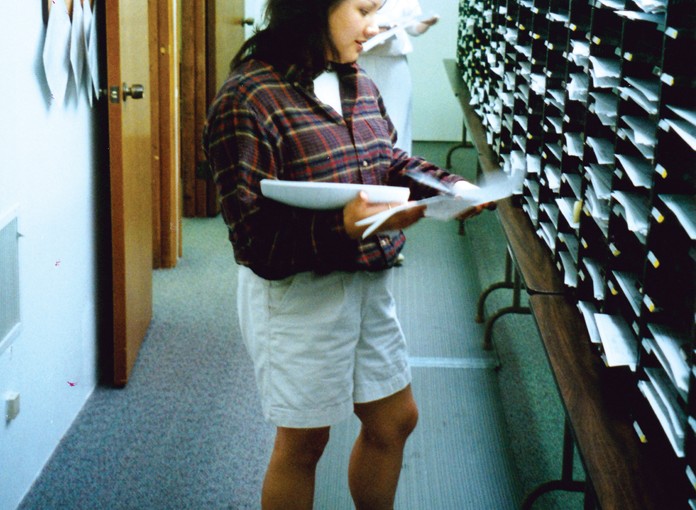 27 Little-Known Facts About Top Echelon on Its 27th Anniversary

At Top Echelon, we like to celebrate things: accomplishments, milestones, and anniversaries . . . including our own anniversary!

That’s right, Top Echelon Network turned 27 years old last month.  And yes, we’re a little late celebrating, but we did have the National Convention last week.  We were focused on making sure that was the best event it could possibly be.

We’ve held quite a few National Conventions and Fall Conferences during the past 27 years, and we’ve done a lot of other things and undergone a whole bunch of changes, too.  It occurred to me that there are a lot of things about our history with which Preferred Member recruiters may not be familiar.

New Members are added almost every week, and certainly those who have joined within the past five years or so don’t have much of an idea of our history.  So what better way to celebrate than with a little “stroll down memory lane”?

Without further adieu, below are 27 little-know facts about Top Echelon Network on its 27th anniversary:

4. Before the invention of The Internet, the Network employed a group of people to read and blind every resume it received (via “snail mail,” of course) and then place them in the appropriate bin in our office.  There were approximately 350 to 500 resumes every day.  (See photo at right.)

5. Due to all of the mailing of resumes (no Internet, remember), Our UPS mailing bill was $900,000 one year, and our U.S. Post Office bill was close to that.

6. We were once involved in an unfortunate laundromat incident in which the laundromat . . . blew up.  One of our employees went to hospital, the fire marshal pronounced us guilty, the Occupational Safety and Health Administration paid us a visit, and our Worker’s Compensation bills went up.

7. A convicted con artist once stole our corporate identity and collateral materials, and bilked some of our customers out of money.  We hired a private eye to gather information, which was delivered to the Pennsylvania State Attorney General’s office . . . and helped send the guy back to prison.

8. The first National Convention was held in 1990, two years after Top Eche—whoops—Nationwide Interchange Service was founded.

9. At one time, the Big Biller recruiting software was only available to Top Echelon Network Preferred Member firms.

10. The first issue of The Pinnacle newsletter was sent out on March 5, 1988.  As you might imagine, the newsletter was in hardcopy format and was sent via “snail mail.” It remained in that format for over 15 years.  (Oh, and we’ve never missed an issue in 27 years.  What’s that?  I just jinxed us?)

11. At one time, Top Echelon held regional conferences on back-to-back weeks at various locations across the United States.

13. There was also a bi-monthly newsletter for Affiliate Members. That newsletter was called The Summit.  (As you might imagine, The Summit was also delivered in hard copy format.)

14. Top Echelon headquarters has resided at three separate locations during its 27-year existence.

15. Top Echelon has had two presidents during its existence—Mike Kappel and yours truly.

16. Top Echelon once had a color, glossy, four-page hard copy newsletter called Networking News that was sent to over 20,000 recruiters every month.

17. We once used floppy discs and CD-Roms to help recruiters share information with each other.  These were mailed out on a weekly basis.

18. One of our National Conventions was held aboard a cruise ship.  (Insert Love Boat theme music here.)

19. We created an in-house video celebrating our 20th anniversary seven years ago, a video which spoofed The Office television show.  (As you might imagine, this video is very rare.)

20. We’ve been to Las Vegas twice for the National Convention.  On both occasions, we held a limousine scavenger hunt.

21. Over 30 recruiters have billed $1 million through Top Echelon Network and/or Top Echelon Contracting.

22. When Big Biller was first offered for non-Network Members, the cost was $50 for the first user and $10 for each additional user.  (So the price increase has been less than $1 per year.)

23. There are two Charter Members who are still active in Top Echelon Network: Steve Brody of Executive Resource Systems and Lou Michaels of Lou Michaels Associates, Inc.  Both have made over 100 placements in Top Echelon.  Brody has made 106, and Michaels has made 169.  Michaels is also a career Million Dollar Producer in the Network.

24. The online sharing software for Top Echelon Network was called the “Recruiters’ Exchange,” or “Rex” for short.  A red dinosaur with a tie and briefcase was created by the marketing department to represent and promote Rex.

26. At one time, the websites that we built for recruiters were called The Shrimp Boat, The Dingy, and The View From Shore.