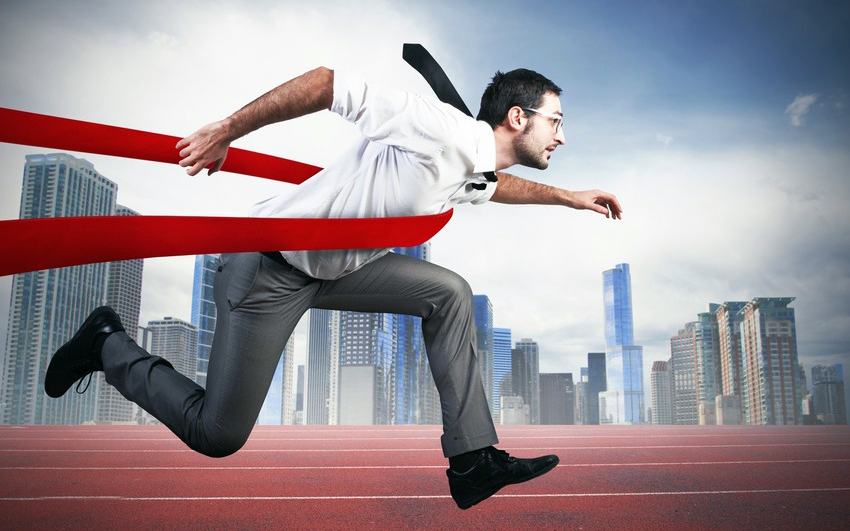 This Bull Market Still Has Legs (and Room) to Run

If you’ve read the news lately, you’ve probably seen quite a few headlines about the possibility of a recession. There are a few reasons for this:

In case you’re confused by the second reason, the inversion of the yield curve is a phenomenon in the bond market in which longer-term interest rates fall below shorter-term interest rates. Historically, this has been a warning sign that a recession could be on the way.

As a result of these developments, the Stock Market has been all over the place in recent weeks, swinging wildly in both directions. Does this mean that a recession is “just around the corner”?

Keep in mind that I am by no means a financial expert, nor can I predict the future. However, I do like history, and I believe that we can learn from the past. Not only that, but I’ve also been the President of Top Echelon Network for more than 20 years. After going through the 2000 and 2008 recessions, I know a thing or two about them and their impact on the recruiting profession.

During the last recession, the Great Recession, I knew recruiting agencies that went out of business because they weren’t prepared. And before they could properly adjust to what was happening, it was too late. But before I discuss preparing for the inevitable, I’d like to present the second quarter statistics in Top Echelon’s recruiting network. The first piece of good news is that split placements in the Network through the first six months of the year are up over 10% over the same time frame in 2018.

The second piece of good news is that placements have risen in the Network in four of the past five years, with one small aberration. We expect that placements will continue to outpace last year’s totals throughout the rest of 2019. One reason for the increase in splits is the shortage of qualified candidates in the employment marketplace and the fact that members are leveraging the reach of those candidates through the Network. Employers can not find the talent they want, so they will continue to hand out job orders to executive recruiting agencies. So right now, times are good, for both the Network and also for recruiters in general.

There’s a funny things about good times, though. They sometimes mask inefficiencies and imbalances in a business, including in a recruiting agency. Placements solve a lot of problems . . . or at the very least, they make you not notice those problems. Now as I mentioned above, I’m not a financial expert and I don’t know exactly when the next recession will begin, but how would you run your desk or business if you know a downturn would happen in the next couple of months?

More than likely, you’d run your desk and/or business with a sense of urgency, doing everything you can to make as many placements as you could. This includes looking at your recruiting process and working to improve and refine it, eliminating inefficiencies, and leveraging the relationships and resources that you have as a member of Top Echelon Network. “May hay while the sun shines” is a saying that you probably recognize. So when (and not if) a recession does hit, you’ll be more prepared to weather the storm. And the reason that you’ll be more prepared is because during each recession or downturn, the Network has always had recruiters who had jobs that needed filled and always had recruiters who had candidates to share.

What does this mean in terms of your membership in Top Echelon Network? Recently, Director of Network Operations Drea Codispoti, CPC/CERS wrote a blog post titled “Why You Should Share ALL of Your Jobs with TE.” In that post, Drea listed four reasons to share all of your jobs:

#1—Many of the top producers in the Network make it a habit to post all of their job orders.
#2—You increase the chances that another recruiter is going to see your job order and help you fill it.
#3—The more you share, the more you network, the more you bill.
#4—You can still run your business exactly the way you’ve always run it.

I’m going to add a fifth reason to this list:

#5—You can fill job orders and service your clients more quickly.

Success in recruiting is all about “speed to hire.” It’s all about how quickly to you meet your client’s hiring needs. If your clients know that you can help them fill their most important positions as quickly as possible with top candidates in the market, then they’ll be more likely to continue giving you job orders. And build client relationships and client loyalty is always a good idea, especially during the late stages of a bull market, if not during all times.

Since it’s about speed to hire and if your mindset is to prepare for a possible downturn, then share all of your job orders. Create every opportunity to fill your clients open positions as quickly as possible with the most qualified candidates. This will lead to repeat business and help solidify you as the “go to” source for talent for their company. It’s the same with candidates. Share the ones you aren’t using.  Help you split partners fill their job orders.

So the recession might start three years from now. It might start tomorrow. Whatever the case, prepare and set yourself up like it could be tomorrow. Then, if it happens sooner rather than later, you’ll be prepared. At best, it holds off for a couple years and your preparation will help you make more revenue during that time than you would have made if you simply kept the status quo.

So invest more in your Top Echelon Network membership and reap the benefits of what the Network can provide for you and your recruiting agency!

If you’d like to generate more revenue as a result of your split network membership, I encourage you to contact Top Echelon Director of Network Operations Drea Codispoti, CPC/CERS.