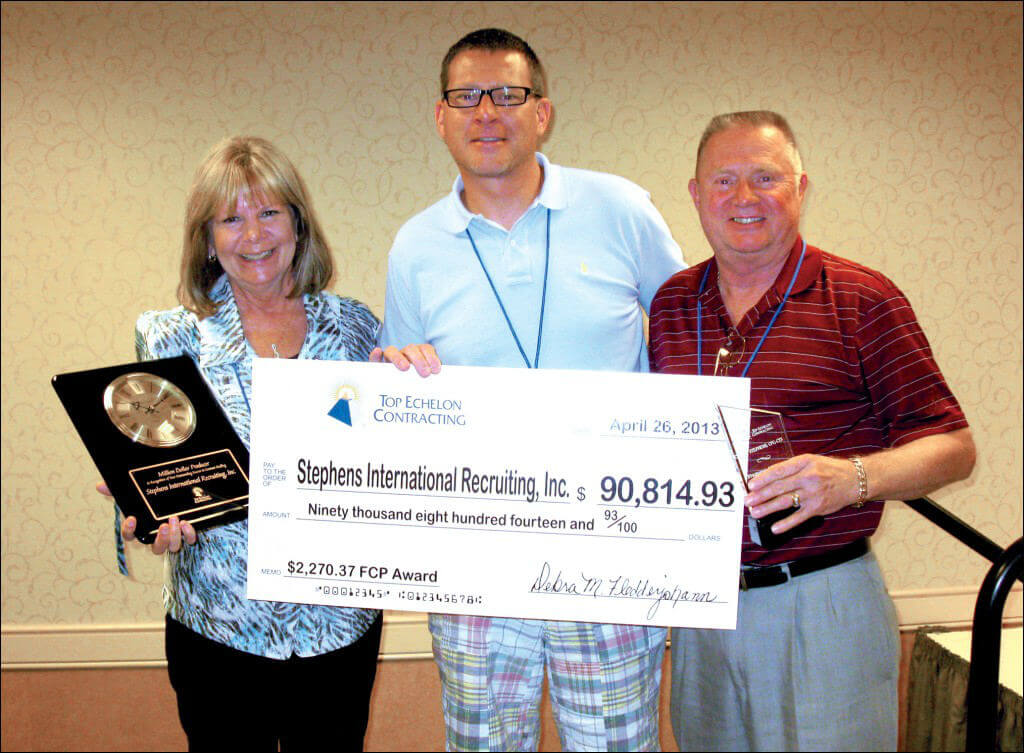 Every month in The Pinnacle Newsletter Blog, we like to recognize and congratulate those Preferred Member agencies that are celebrating anniversaries in Top Echelon Network.

Of course, we don’t recognize every agency that’s celebrating an anniversary.  Instead, we focus on the “big” ones—five, 10, 15, 20, and 25-year anniversaries.

(And of course, we also celebrate every anniversary of the Charter Members . . . because we have a soft spot for them and all.)

This month, Stephens International Recruiting, Inc. is celebrating its 15-year anniversary in Top Echelon Network!  We’d like to congratulate everybody who’s part of that Preferred Member agency and thank them for their commitment and dedication to the Network:

Stephens International Recruiting, Inc. officially joined the Network on June 30, 1999.  Consequently, the agency’s official anniversary hasn’t arrived yet, but we thought we’d go ahead and celebrate it, anyway.  We’re zany like that.

However, the business they’ve generated through Top Echelon Contracting has been tremendous.  They recognize the value of offering both direct-hire and contract staffing services to their clients, and they’ve certainly reaped the benefits.  In fact, Stephens International received an award for being a $1 Million Producer through Top Echelon Contracting at the Network’s 2013 National Convention in St. Petersburg, Florida.

Speaking of which, the recruiters of Stephens International are regular attendees of Top Echelon Network conferences and conventions, so they also recognize the value of networking.  Their willingness to invest time, energy, and resources into their Network Membership has paid dividends, and we’re more than happy to congratulate them on their success and their anniversary.

Congratulations from everybody at Top Echelon!