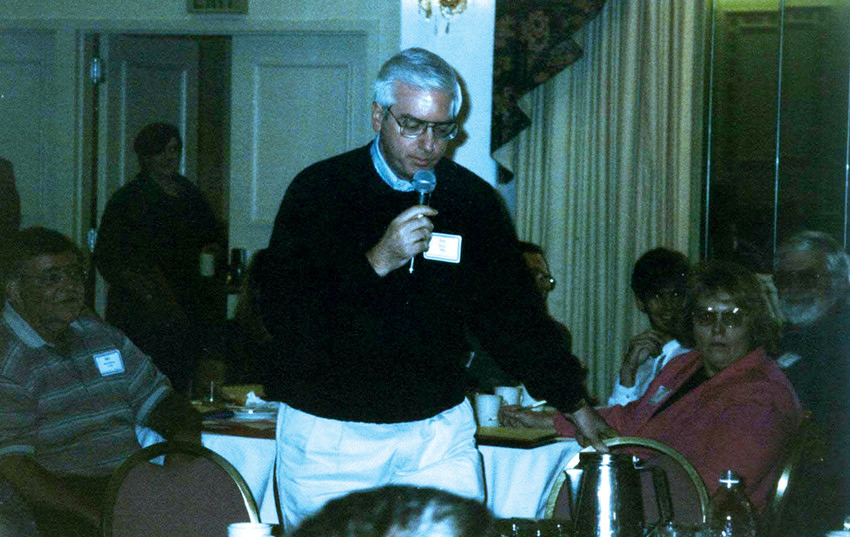 The Vault: Joe Noto and the Value of the Convention

(Editor’s note: Top Echelon Network recruiter Joe Noto of Regency Search Group wrote the following to educate Network members about the value of attending recruiter networking events. What events, you ask? Events like the upcoming National Convention in Orlando, smart acre. Noto has enjoyed a tremendous amount of success during his recruiting career. He has also been a regular attendee of TE events since joining the Network. The above photo was taken at a TE regional meeting in 1996, proving that Joe Noto does not age. This blog post was originally published sometime during the year 2013. But don’t hold me to that.)

This recruiter has been in the industry for almost 30 years.

He built up his firm to the point where he was able to sell it.

He’s been a Top Echelon Network member for over two decades.

He once successfully placed a candidate despite the fact that candidate was kidnapped by the Mexican drug cartel on his way to start work at the company. (No, really . . . he was.)

Who are we taking about? None other than the esteemed Joe Noto of Regency Search Group, of course! Take it away, Joe!

First of all, people must attend with the understanding that they are working, not on vacation. As such, they will need to be proactive and set some objectives for themselves. That said, here are a few key reasons for attending Top Echelon conferences and conventions:

1. Being a former accountant, I tend to look at most things from a cost/benefit perspective. I have yet to attend a TE event where the cost has exceeded the benefit. Too often, people just simply look at the cost side (probably because they expend that immediately). They fail to consider the significant upside of long-lasting benefits. Most of these benefits can be realized over and over, resulting in benefits which ultimately greatly exceed the cost of attending.

2. I always attend conferences and conventions with a couple of specific objectives in mind. That way, I do not simply attend and go back to the office wondering what I accomplished. Examples of some of these objectives are as follows:

You can read the full descriptions of Rayboy’s sessions for the convention by accessing the online agenda in the Members’ Area. Speaking of the Members’ Area, that’s also where you can register for the National Convention with a credit card.

Why are you still here? Why aren’t you registering right now? Are you ignoring Joe Noto?!