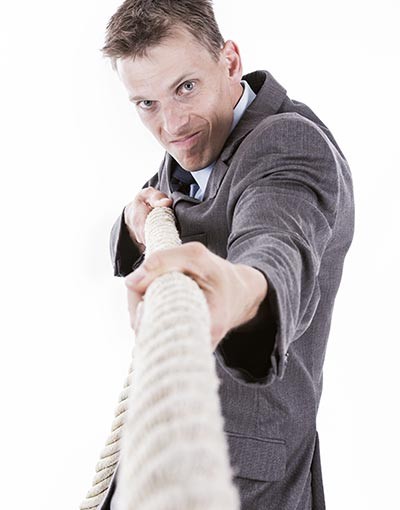 Are Client Negotiations Getting Tougher for Recruiters?

How tough are client negotiations right now compared to a few years ago?

There were few mildly surprising aspects about the results of this poll, starting with the fact that 11.9% of participants indicated that client negotiations are “a little easier” than they’ve been.  Not only that, but another 2.0% were the opinion that negotiations are “a LOT easier.”

In addition, 48.5% of recruiters chose “about the same” as their answer.  One might think that number would be higher.

On the flip side of the coin, 29.7% indicated that negotiations are “a little tougher” and 7.9% selected “a LOT tougher” from the answers offered.  While the economy appears to be good overall, challenges still do exist.

Overall, the state of the recruiting industry is a positive one. Job orders are up, and there appears to be a sense of urgency on the part of companies to find and hire the best talent available in the marketplace.

More importantly, there’s also a willingness on the part of organizations to PAY recruiters for their ability to find and recruit this talent.  However, the manner in which they pay them varies from company to company—and that manner can change from year to year.

Based on the results of this poll, despite the positive state of the economy and the recruiting industry, overall client negotations are getting tougher for recruiters.  Not by a lot, mind you, but enough to be noticeable.

As for those recruiters who are finding it easier to negotiate with clients?  They apparently work in an industry or niche that’s currently experiencing a glaring lack of talent, which means that companies have very little leverage with which to negotiate.

Either that, or the recruiters are providing value above and beyond their clients’ wildest expectations.  Or perhaps it’s both.