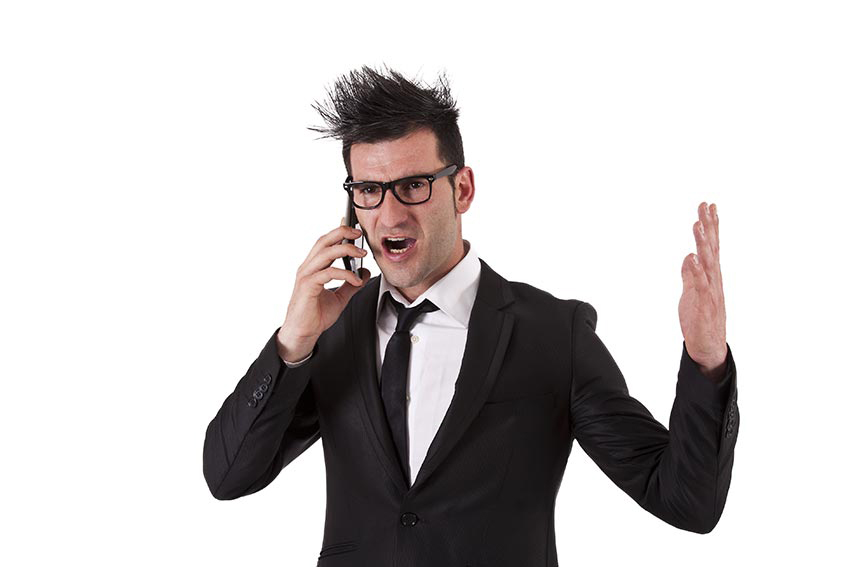 How Angry Were YOU About Losing a Placement?

Last week, we talked about whether or not TE recruiters have been surprised by Network placements. This week, we’re going to talk about how angry you people have been during your recruiting careers.

Boy, we’re getting pretty emotional during the month of March, aren’t we? Well, you know what they say: in like a lion, out like a lamb. (Or is that April? I can never remember for sure.)

Anyway, here’s the question we posed to the Network membership in our most recent Members’ Area poll:

What’s the angriest you’ve ever been about a lost placement in your career?

We have a tie, believe it or not!

The same percentage of recruiters (31.1%) chose both “It almost ruined my day” and “It briefly raised my blood pressure.” All in all, that’s not too bad. That’s because:

Let’s switch over to our other group of recruiters: the raving lunatics. No, that wasn’t fair. I’ve never seen $25,000 go up in smoke right in front of my eyes. I can’t speak to the range of emotions that might cause.

Now THIS is quality phone time

Over 16% of poll participants “nearly had a stroke” while losing a placement once upon their career. Another 12.2% did one of four things or a creative combination thereof:

And then there are those who “have never been angry about a lost placement.” This angelic faction accounted for 9.5% of the recruiters in our poll. I’d like to commend you on your otherworldly disposition, but I noticed that your phone is ringing. Better pick it up.

If you’d like to be happier in our recruiting network, then contact Director of Network Operations Drea Codispoti, CPC/CERS. You can do so by calling 330.455.1433, x156 or by sending an email to drea@topechelon.com.